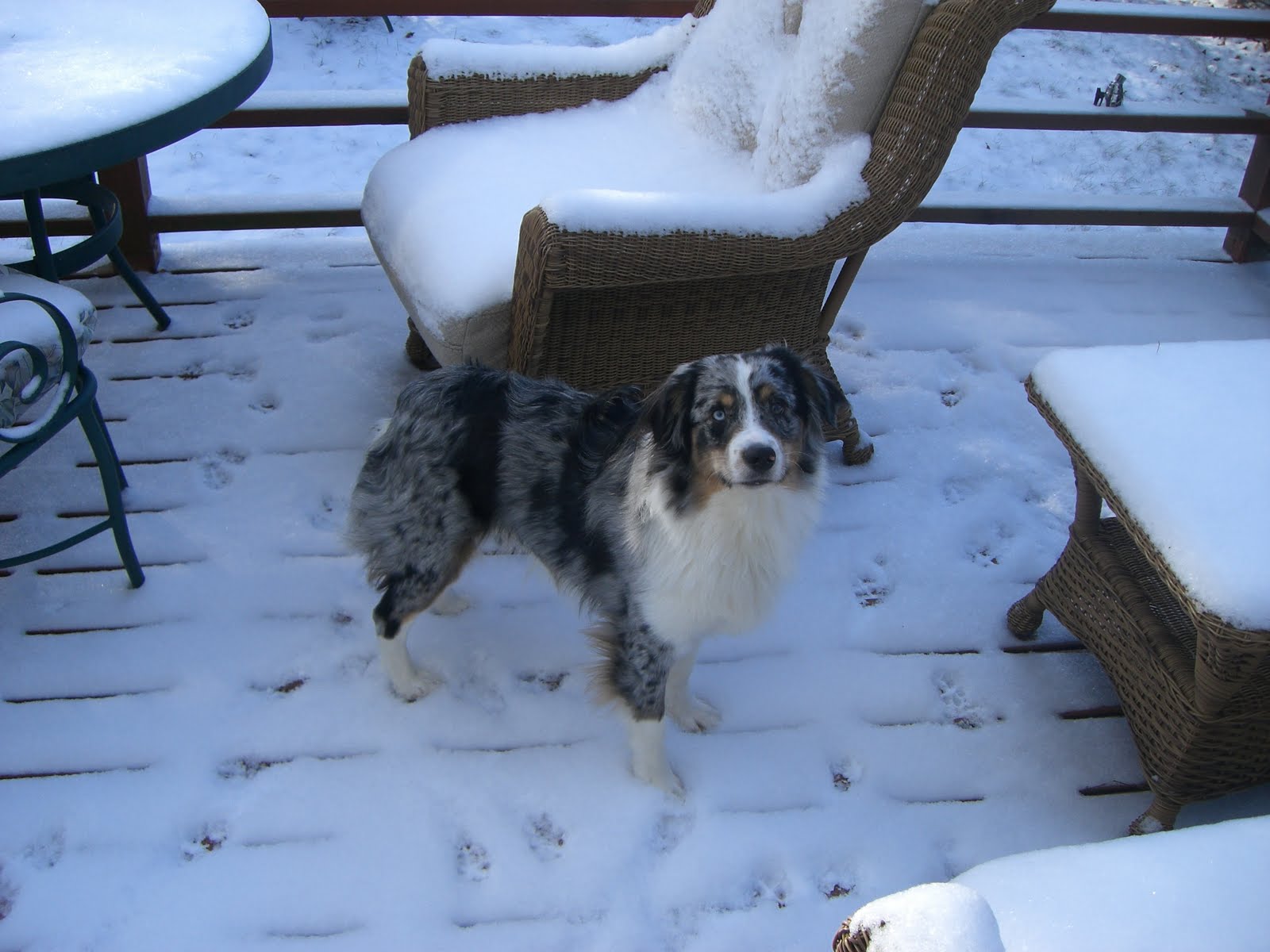 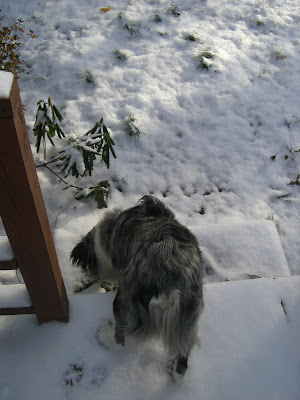 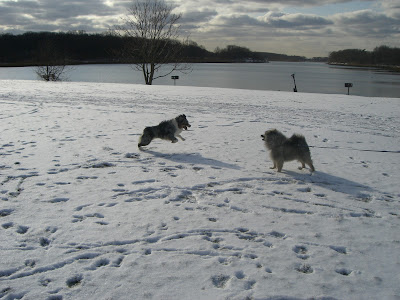 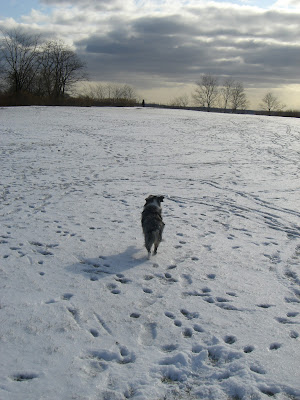 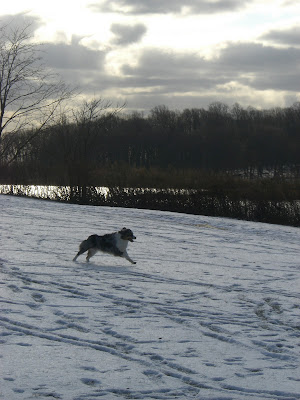 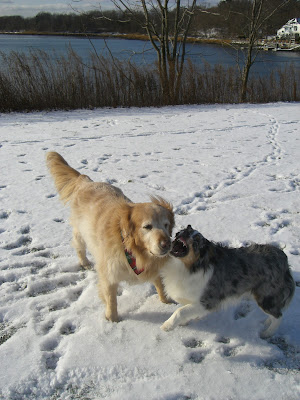 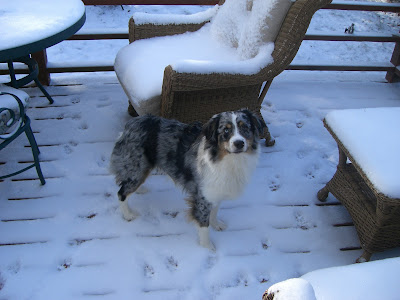 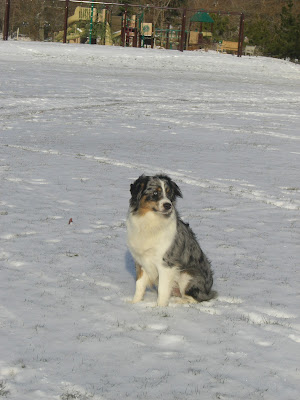 Ace's First Snow Play! He saw snow for the first time just after Thanksgiving when I took him with me to stay with a friend a few hours North of the City. It was light snow though, and he only got to see it for a few minutes on the ground before it melted.
This morning at home however, we woke up to find snow everywhere!!!
I think he is in his element....he just can't get enough!
Even though I was freeezing, I piled on 10 layers and took Ace and Sammy to the park before Work this morning. He didn't want to get into the car to leave he was having so much fun!
On a side note, I noticed lately that Ace's bum hairs have gotten so wild that "yucky stuff" gets stuck in the hair. I have to wash his butt constantly! (which of course he doesn't like)
With treats in one hand, and scissors in the other, I went scissor happy on his long hairs on his bum. Let's just say...I will probably never be hired as a dog groomer....
I will try and get a photo, it's pretty funny actually.
Poor guy, shoulda seen his face when he looked over at the huge pile of hair on the floor. I think he was pretty upset with me.
I'm going to do a touch up tomorrow...
How often do you usually bathe your fur baby? I usually have to bathe him once a week or once every 2 weeks. He gets SOOO smelly...I don't understand!
*I have been trying to measure Ace to see how tall he stands, but he ate my tape measure..., so I'm still trying to get on that*
Posted by Mini Aussie Ace! at 9:20 PM 5 comments:

A Lovely Video of Ace Nomming on an Apple :) I always sharee <3
He Likes to Nibble them with his front teeth! hahaaha
Posted by Mini Aussie Ace! at 11:06 PM 4 comments: